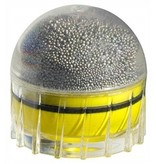 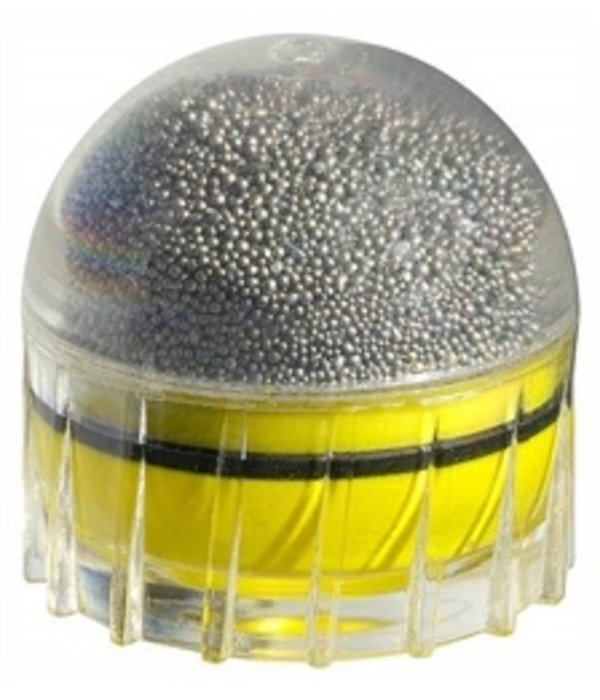 Less lethal ammunition designed for the FN 303 launcher. Dedicated to reducing lethality, the basis of the FN 303 lies in its unique projectiles. These .68 caliber, 8.5 gram projectiles utilize a fin-stabilized polystyrene body and a non-toxic bismuth forward payload to provide more accuracy and greater effective range than other less lethal systems. The primary effect of the projectile is trauma, which directly neutralizes the aggressor. Secondary effects from the projectiles can be delivered via a chemical payload depending on mission requirements.

Indelible Yellow Paint: This projectile is intended for marking suspects and objects with an indelible colorant for later identification, arrest or questioning.